What is Cranial Release Technique?

What is Cranial Release Technique

The Cranial Release Technique (CRT) is a natural, hands-on approach to releasing the body’s inborn capacity to heal and regenerate itself. CRT can be applied in only minutes, yet it has profound effects on overall health and well-being.

The Cranial Release Technique works to restore proper function to the nervous system and proper balance to body structure. Thus, it has positive effects on conditions ranging from aches and pains to overall health and wellness.

To understand the way the Cranial Release Technique (CTR) reduces stress and promotes wellness, it is important for practitioners to be knowledgeable about the nature and function of the dura mater -- literally translated as "tough mother."

The dura mater is a tough membrane composed of thick, dense, white, inelastic fibrous connective tissue. It protects the brain and the spinal cord. The dura mater is also linked with spinal nerves extending throughout the body, as the epineurium of the peripheral nerves, a continuation of the dura mater of the central nervous system. The cranial dura is also tied in with the body's entire fascial system, and also with the endocrine system through its relationship to the hypothalamic-pituitary tract.

If there is a distortion of the cranial bones -- or a lack of proper movement at the cranial sutures - the dura matter becomes subject to tensions and stress. This dural stress can be transmitted to spinal segments and the sacrum, which in turn can increase the possibility of spinal misalignment, loss of spinal curves, and structural imbalance.

The treatment itself is a very mild one. To the patient the procedure simply feels like a slow and controlled stretching of the muscles in the neck and shounler regions. The treatment takes only a couple of minutes and there are not quick, 'popping' movements of the spine involved with CRT.

Can CRT Help me?

Many people with a wide variety of health problems have been helped using The Cranial Release Technique. As the body is returned to optimum function it becomes possible for true healing and repair to begin. Often times, even chronic problems have responded well to the CRT approach after more conventional methods have failed.

Cranial Release Technique practitioners consider themselves to be facilitators of “Releasing” the body’s own inborn capacity to heal and be well. Once this goal has been achieved you are in the best position possible for relief & healing to occur.

For chiropractor Dr. Mark S., healing was believing. While attending a professional conference in 2010, he limped into line to receive a demonstration of a chiropractic technique he had heard of but had not tried. Just a few weeks prior he had suffered a serious knee injury.

For chiropractor Dr. Mark S., healing was believing. While attending a professional conference in 2010, he limped into line to receive a demonstration of a chiropractic technique he had heard of but had not tried. Just a few weeks prior he had suffered a serious knee injury.

He lay down on the table when it was his turn and received the treatment, which took only a minute. Standing back up, he found all the pain in his knee was gone – and so was his limp. He even was able to squat down to the floor.

“I had pretty tremendous results, not really knowing what had been done to me,” said the doctor. He had just experienced the Cranial Release Technique, a gentle stretching of the muscles at the base of the skull. The goal of CRT is to restore proper alignment and movement to the bones in the head, impacting the nervous system.


How is Cranial Release Technique different?

Cranial Release Technique arose out of a new school of thought. CRT considers the cranium, and all of the many tissues affected by the cranium and nervous system, in a corrective approach. The CRT approach differs in that:

The entire cranium is “Released” or restored to normal function with one process.

This “Release” of the bones of the skull initiates a release of all of the tissues and structures associated with the cranium. These include:

Sandy Chiropractor, Dr. Lance Rawlings, has specialized in CRT for the past six years. After performing nearly 40,000 CRT sessions and seeing the various remarkable results, Dr. Rawlings says that the work he does today makes him feel that the first 28 years of his career are a little bit ‘obsolete’. Since becoming a certified CRT Practitioner (the only one in Utah) he has noticed better results with patients than when he relied on standard adjustments of the spine. “I have never seen anything do what the Cranial Release Technique can do.”, says Rawlings. Additionally, many patients are pleasantly surprised once they realize gentleness of this powerful technique.

In an effort to reach out to those of you who would like to regain your health and experience more balance in your lives, Dr. Rawlings is offering the following “New Patient CRT Package”:

What is Cranial Release Technique?

Cranial Release Technique is a natural, holistic approach to health care and healing. Many years ago an American Osteopathic physician, Dr. William Garner Sutherland, discovered that there was a movoment of the bones of the head (cranium) - of which there are 22 in number- and that this involuntary movement takes place throughout life. It is like a rhythmic opening and closing which takes place around the joints between the bones. The CRT approach relates to the role that the involuntary movement of the cranial based therapies. The craniosacral system is a total unit, and is the engine of just about every process taking place in the body. If it is flawed, then so are the body's normal processes performing below par - irrespective of whether "symptoms" are present or not. There is only one state of structural normality (and abnormality), and that is determined at the cranial level. Cranial Release Technique is the unique system that addresses that need by bringing the body inti total (global) balance.

Why haven't I heard of the Cranial Release Technique before?

Many reasons - but the main one is probably due to skepticism, especially among the professionals, that such a major leap forward was possible. There were also doubts in some quarters about the validity and existence of the involuntary mechanism itself. The tide is now turning strongly that the Cranial Release Technique is at the leading edge in getting to the real source of so many disorders.

What is the difference Cranial Release Technique and other cranial techniques?

The Cranial Release Technique addresses a level in the causative processes never before realized. Dr. Rawlings belives every one of us arrives in the world structurally (and therefore physiologically) "flawed" in varying degrees. The Cranial Release Technique is a therapeutic approach designed to recognize not only this, but also the nature of the "flaw" and what needs to be done about it.

How do I know whether The Cranial Release Technique is appropriate for my health problem(s)?

Without knowing the nature and history of your situation it is impossible to say. However, the Cranial Release Technique addresses weaknesses in the various levels at which we all function. It is important to note that these aforementioned "flaws" provide the fertile soil for the breakdowns may manifest as back problems, female disorders, skin problems or any of the plethora of dysfunctions/disorders to which we are subject to. It is because the nature of the underlying weaknesses is not properly understood that Dr. Rawlings believes that so many health problems, including injuries, go unresoved. It is, however, recommended that consultation with your normal health professional should always take place before seeking help with other professionals.

How does it feel?

To most people, CRT feels like a deep, strong stretch. Once it is completed many feel relaxed, take deeper breaths, and usually achieve arrester clarity (in vision and/or thinking)

That does CRT do?

Cranial Release Technique seeks to correct malposition of the skull bones in their entirety, as a global unit, to facilitate healing on a global level . this enables the body to unwind its long-held tension in the dural system; the system responsible for all of life’s functions. Cranial Release also bring about changes/improvements in the body’s internal nutritional level. That is, assisting the body in such areas as improved assimilation of the food elements within the system and increased circulation (blood supply).

How can a single, cranial technique like CRT achieve such dramatic results?

Dr.Rawlings believes that the craniosacral system is a total unit, and is the 'engine' of just about every process taking place in the body. If the craniosacral system is flawed, the body’s normal processes are performing below par-irrespective of whether 'symptoms' are present or not. There is only one state of structural normality (or abnormality), and that is determined at the cranial level. The Cranial Release Technique is the unique system that addresses those structural needs by bringing the body into total balance. We refer to this as global balance.

Is the Cranial Release Technique indicated for children?

The younger the better. Pediatric problems are increasingly widespread and the Cranial Release Technique has been found to be well indicated for such conditions as asthma, allergies , colic, cerebral palsy, ADD, hyperactivity, dyslexia and autism to name a few.

Why would you do this technique on children?

Most often, children develop and grow the way that they do because of how they were positioned inside the Mother’s womb. If Mom’s pelvis was torsioned due to her primary cranial distortion, then her children develop accordingly. It is crucial to check babies and children as early as possible to kick start their Primary Respiratory Mechanism in an optimal manner.

The Cranial Release Technique is almost always the first choice of treatment once localized traumas such as fractures have been excluded. Most injuries carry a major component of the underlying weaknesses refered to above.

Yes, it is the system of choice in many of these instances.

What can Cranial Release do for me if I am "healthy" and fit with no real symptoms?

Cranial Release can help to enhance your life in many ways. After receiving Cranial Release corrections, your body will more than likely fuction better overall. You might notice greater clarity, improved vision, improved digestion, respiration, as well as straighter posture. You might rest more efficiently at night and you might feel calmer and less anxious. In short, your life will improve for the better!

In western society the trend in these areas has certainly been decreasing. Though changes are often desirable, they are not always practical. In spite of these trends, we find that changes in the body’s functionality through Cranial Release Technique wills still bring about major improvements in the person’s wellbeing. Dr.Rawlings believes that the Cranial Release Technique can also bring about improvements in the body’s internal nutritional level. In other words , due to improvements in such areas as assimilation of food elements within the system as well as increased circulation (blood supply) one’s nutritional profile may be enhanced.

Does the Cranial Release Technique involve any other adjuncts such as herbs, needling and medications?

No The Cranial Release Technique is entirely non-invasive. The Cranial Release protocol is highly specific and the patient will be aware of nothing other than what will seem like a gentle stretch of the neck. There is obviously much more to it than that but the whole thrust of the procedure is to facilitate the body to “unlock” itself under Dr.Rawlings’ guidance and allow the release of the healing from within. 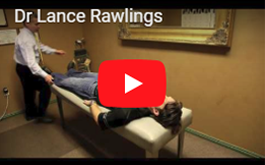 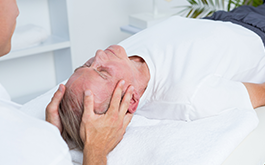 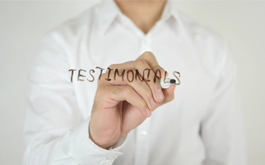 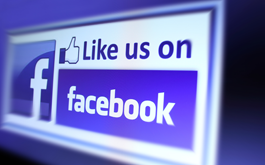 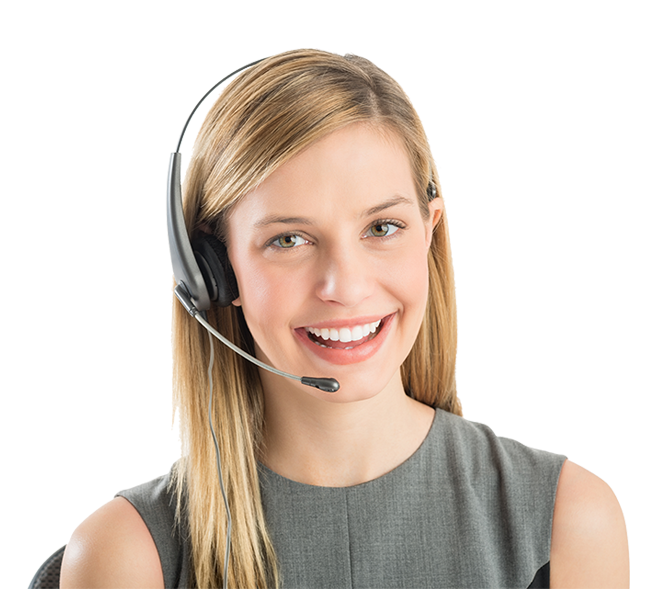 Please fill out the following form to receive a consultation.

* Disclaimer: There is no guarantee of specific results and that the results can vary.
Copyright © 2017, Powered by EVOLOCITY, Inc. All rights reserved. MEDICARE RULES APPLY